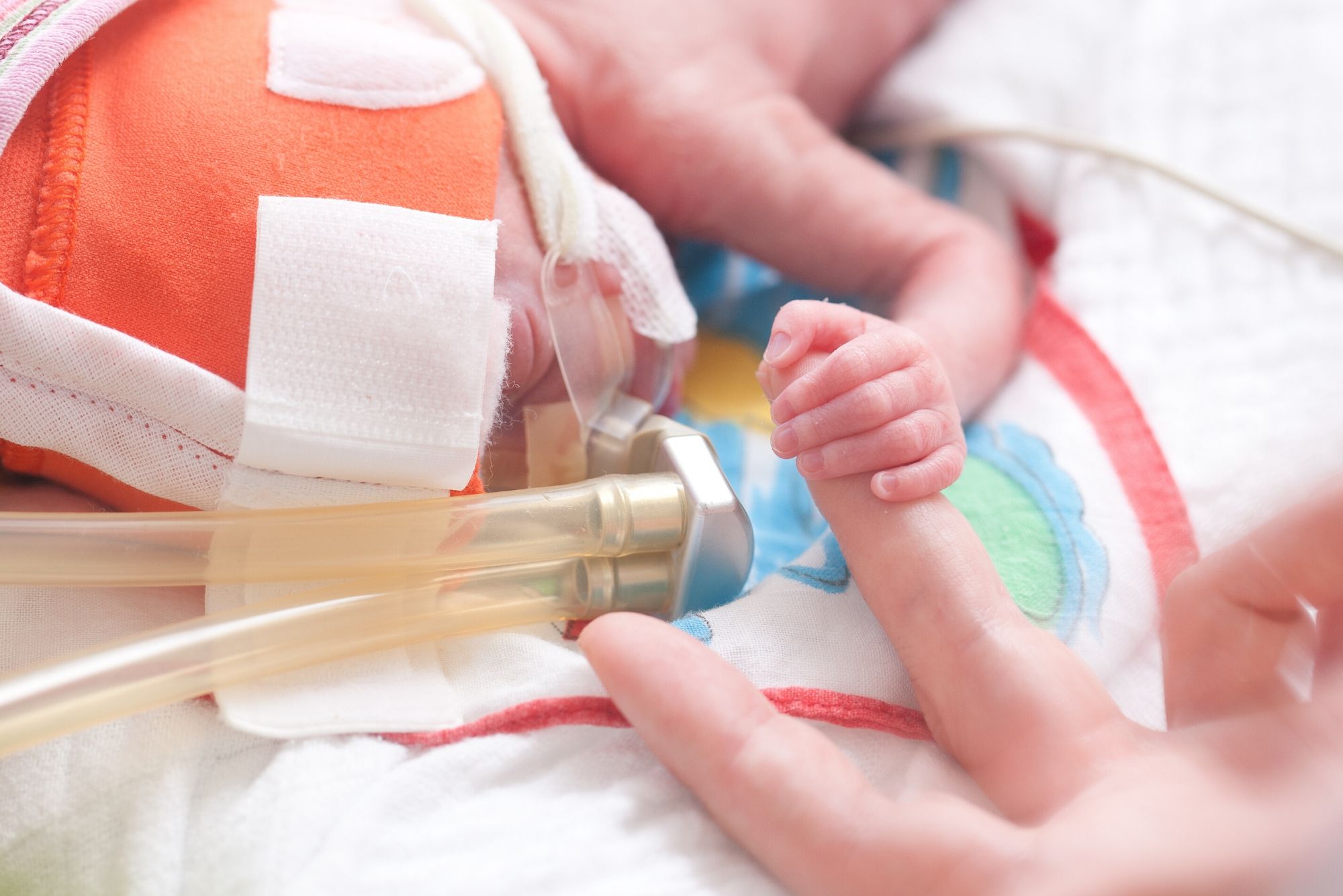 Can We Control Our Destiny?

Does a person have control over his destiny? I am faced with a heart wrenching challenge. My first child has cerebral palsy and I feel completely responsible for what happened. My child has significant developmental delays and each day that passes, my pain intensifies. I know that such an attitude is detrimental, but I am overcome with guilt. My child had a traumatic birth. Prior to the birth, there was lack of fetal movement and I had facial swelling. I addressed these concerns to my “upscale” obstetrician. He dismissed them and considered me to be a first time mother who was merely complaining. My husband and I were young and naive and trusted him because he had an excellent reputation.

The delivery was complex and my doctor was completely apathetic. When I held my child, I knew that there was something wrong. Again, I asked all the doctors and they reassured me he was fine. However, one resident wanted to admit the baby to the NICU for observation and the assigned pediatrician did not concur with his opinion and placed my baby into the well baby nursery. There, he developed serious health threats and was transferred to the NICU. Today, my child is a teenager and his problems are very apparent. My husband and I have devoted all of our energies into raising him. As a religious Jew, I believe in Divine Providence and that God has a master plan. But what about our efforts and responsibility? I firmly believe that I did not put enough effort into this matter. Can you please offer some words of comfort that will enable me to cope with my mission in life? Thank you for taking the time to read this.

Someone once commented that pain in life is inevitable but suffering is optional. Having a disabled child is a huge challenge for a mother whose deepest desire is for her children to have the best life can offer. Confronting new problems regularly and knowing that this child will never be “normal” is unquestionably a painful burden for a mother to bear. The piece, however, that puts this over the top, and creates unnecessary and unbearable anguish, is the “if only” thinking — that somehow if you would have been more assertive and others would have been more responsive, the whole situation could have been averted.

Dear reader, you are inflicting cruel punishment upon yourself by revisiting this scenario in your mind again and again — how might it have been, should have been, and that things could somehow have turned out differently.

You speak of Divine providence. This would be a good time to review its basic premise. Maimonides explains that behind everything produced in life, there is an immediate cause that produced this, and behind that cause, yet another cause, and so on until you get to the primary cause, namely the will and decree of God.

The Torah is replete with examples of human drama where the players were convinced that they were writing the script, only to find at the end of the day that God was the choreographer behind the scenes.

Consider the story of Joseph, the beloved son of Jacob, whose brothers judged him to be a conspirator and sold him as a slave to a caravan of merchants headed for Egypt. Through a whole series of events, Joseph rose to prominence in Egypt, second only to the Pharaoh. The story unfolds with the brothers forced to go to Egypt to procure sustenance when the famine hit the land of Canaan where they lived. The official in charge of the food distribution was none other than their brother Joseph, whom they had not seen in 22 years. Joseph recognized his brothers but they did not recognize him. Without revealing himself, Joseph puts his brothers through a series of grueling tests to determine whether over these many years they had regretted the terrible deed perpetrated against him. When it became absolutely clear that they were pained, contrite, and anguished over what had happened, and that they were now emotionally and spiritually in a better place, Joseph deemed it to be the right time to reveal his identity. His “I am Joseph” statement was, predictably, a most traumatic and overwhelming experience for them. It was not only that they had to face the brother whom they had wronged so grievously, but it was compounded by the fact that now he was the powerful viceroy who held their fate in his hands.

Joseph’s comforted them with a few short words: “It was not you who sent me, but God.” The gist of his message was that regardless of how they perceived their culpability in the events that transpired, everything happened because it was God’s plan.

There are those who see in the story of Joseph a powerful lesson of the shortsighted vision of human beings. To all appearances, Joseph, taken as a slave in shackles to Egypt, had to be the worst of tragedies, whereas Jacob, coming to Egypt in a resplendent royal carriage that Joseph sent for him, seemed like a great cause for celebration. In reality, however, hindsight proved that Joseph’s coming to Egypt, albeit under unfortunate circumstances, led to his becoming viceroy of Egypt, whereas the pomp and circumstance of Jacob’s arrival in Egypt, albeit in regal splendor, culminated in the enslavement of the Jewish people. The irony is undeniable. Joseph who goes to Egypt as a slave rises to the most powerful position, and Jacob who comes as royalty ends up initiating the slavery era of the Jewish people.

Through the Keyhole
The point is that human vision is limited. Rabbi Dessler refers to this phenomenon as the keyhole perspective. Observing events through a keyhole gives one a very circumscribed and even distorted view of what is actually transpiring. When the door is thrown open, the full picture emerges, and with it clarity and understanding. Only an Infinite Being who sees the completed puzzle from the start knows why things have to be as they are and how ultimately they are in our best interests.

“In other words, what takes us far afield is that each person sees the immediate implications and motivations of his own deeds. We imagine that we are carrying out our own set purpose without realizing the working of Divine providence leading each person towards his own destiny.”

Bottom line, the Almighty orchestrates events such that one might mistakenly conclude that we or others are running the show while in fact there is a Divine plan that is, moment by moment, falling into place.

Dear reader, we all buy into the illusion that we have control over events in our lives. Ultimately, that leads to our taking credit for the successes we enjoy, and alternatively, feeling responsible for what we perceive as our failures. In fact, the only control we really have is how we respond to the events that appear on the canvas of our lives. Events and circumstances are what they are — a product of God’s will. Only after conceding control do we arrive at our point of choice which consists of whether to indulge in recriminations, or grateful appreciation. Do we engage in futile attempts to reinvent history, thereby depleting our emotional reserves, or do we recognize simple pleasures, appreciate gestures of good will, and build on positive energy that only we can create.

Our sages comment, “The wicked are full of regret.” On the surface, it is a puzzling statement since regret is typically seen as a virtue that leads to mending one’s ways. At a deeper level, while genuine regret can be a catalyst for improved behavior, wallowing in a state of perpetual guilt takes us into self-destructive territory.

Practically speaking, we must put forth our best effort given the resources that we have, to make inquiries, to gain insight and wisdom in any given situation. The rest is up to God. Second-guessing ourselves, blaming, and self-recrimination is not only pointless, but is counterproductive. Some would suggest that it borders on sinful, as it does not allow us to see the blessing in our lives. It deprives us of gratitude and appreciation for all of those moments that enrich our very existence.

Dear reader, I would urge you to reframe your situation. Everything in life is determined by perception and interpretation. The way we choose to think about a given situation creates the reality of the moment. An old picture with a new frame can be rendered magnificent. Conversely, a beautiful picture in a shabby frame can be most unattractive. We all need to realize that our lot in life is not arbitrary, accidental, or capricious. We are sent to this world charged with a mission. Negotiating the particular circumstances of our lives and navigating in a positive manner-one that can become a catalyst for growth is the best indicator for a mission successfully engaged.

Itzchak Perlman, one of the great violinists of our time, was performing one evening before thousands of people. The audience watched as he laboriously came on stage supported by his crutches. They waited for him to unhinge the braces on his legs (he was a victim of polio in his youth) and get himself into his seated position. He began to play when early into the piece there was a sudden pop. It was an unmistakable sound. One of his violin strings had snapped.

The audience knew that there were only two options. Either they would have to wait for another string to be brought to repair the existing violin, or they would have to replace the violin. Instead of any of the above, Perlman motioned to the conductor, picked up the bow, and began to play. A reporter who attended the concert wrote (and I paraphrase):”Everyone knows you can’t play a violin with only three strings. I know it. You know it, and the audience knew it, but Itzchak Perlman refused to know it that night. He modulated the piece, adjusted it, and brought out sounds the audience had never heard before. It was magical. At the conclusion, the audience rose to their feet, applauding in an unprecedented expression of awe and appreciation. What a magnificent feat! When the audience quieted down, Itzchak Perlman rose and addressed the audience. ‘You know,’ he said, ‘as artists we start out with our instruments intact, but when that is no longer possible, we have to make music with whatever we have left.’ Perhaps,” the reporter concluded “that is one of the greatest lessons — not only for artists, but for all of us. We are often required to find the wherewithal to play the music of our lives with whatever is left when God places specific challenges on our plate.”

Your unique challenge, my dear reader, is to strive to achieve a state of well-being. Clearly, there are strong forces both internal and external which are trying to derail you. Your situation calls for you to take strength and recognize that everyone has some things that will be with them their entire live, some of greater, some of lesser consequence. These are our scars, but the heroes amongst us demonstrate that despite these scars one can still experience joy in life.

The following would be some practical suggestions for you to consider:

You might join a group for mothers of special needs children (they are both inspired and inspiring);

Take a moment to acknowledge the abilities, rather than the more obvious disabilities of your child;

Make lists of the blessings in your life. Express and affirm them daily;

Take pleasure in the joys that surround you — friends, family, nature, and the very privilege of life itself. Unquestionably, that is what God wants of you.

Finally, pray to Him for the ability to let go, to gain clarity, and to achieve a state of tranquility and peace for yourself and for your family.